What’s more to the legendary action RPG, Diablo 2, than the loot drops from the slain enemies? In fact, whenever Diablo 2: Resurrected has been announced, fans have been strategizing ways to procure the rare items. It’s true that the thrill of collecting items to upgrade and create gears is something unique. Common items could be found quite easily and players came across them quite often. But the problem starts when one seriously needs a unique piece of armor or a Rune. It seems to be an endless pit of gameplay before some manage to get their hands on one while most cannot. Quite surprisingly, the luckiest ones can get a valuable Rune from an ordinary-looking chest. While the others don’t manage to get a rare item even after the game’s completion.

If you’re playing the 2021 version and you’re stuck before a boss, you need some external assistance. Diablo 2 Resurrected items for sale are for players like you who want to get their hands on the most unique and powerful items. Here are the 4 kinds of items that Diablo players never find and this is where items stores will simply hand over in exchange for a sum.

Ghost Sin Claws are used by Assassins when they use the Whirlwind skill to do massive amounts of physical damage. Not to be confused with the Spider Sin, the Ghost Sin relies almost exclusively on Whirlwind to do most of the killing. But finding the right claws for this build, tracking down a good base for the Rune word Chaos is hard enough. But the real challenge comes from finding a Warfist weapon with the right mods on it. These items typically have Ethereal, replenish durability, and two open sockets. Also, they must spawn within the Cruel mod giving them tons of additional physical damage, or the Fool’s mod for higher damage and Attack Rating.

Certain dueling builds such as traps, BVScs, melee characters, or any other builds that are trying to maximize breakpoints or damage outputs can rely heavily on rings that are extremely rare. Certain pieces of jewelry in Diablo 2: Resurrected are typically graded on a 6-point scale to determine their value. Rare jewelry can spawn with up to six mods. To oversimplify the grading system for each useful mod that spawns in this way, the piece of jewelry gets a point on the grading scale. So a 6-point ring would refer to a rare or crafted ring that has at least six highly rolled useful stats. Typically these include but are not limited to Faster Cast Rate, Minimum Damage, Attack Rating, Stats life, Mana, and Resistances. These types of rings are extremely rare and far more valuable than any unique ring you can find in the game.

On the same 6-pt grading scale, these would have a solid 5 points on them, one of which is almost always +2 To Skills. Certain top-tier dueling builds rely on rare or crafted Amulet to meet certain Cast breakpoints or just to grant them better benefits than Mara’s. While it might feel quite rewarding to craft a 220 Amulet, those stats alone might not be enough for end-game builds. Players who are in pursuit of Minmax their characters will often be looking for Resistance, Stats, or Life on them as well. To go a step ahead, some players even look for the teleport mod for their setups in order to bring their builds to absolution.

The name, ‘Diadem’ is somewhat a misnomer here as it can refer to Circlets and Tiaras as well. These Helms will almost always have +2 to Class Skills on them along with two open sockets. To go further, these special Helms are the only ones in the game than can spawn with certain mods on them. For example, Faster Cast Rate, faster Run-Walk, and Enhanced Damage are unique to these types of Helms. Additionally, they can spawn with the visionary mod for Extra Attack Rating, Life, Stats, Mana, Resistances, and also Teleport Charges. Certain Caster Builds may require a 20% Faster Cast on these homes to meet breakpoints while other builds may be looking for faster Run-Walks or damage. You’ll know what makes these Helms truly great when you see one. 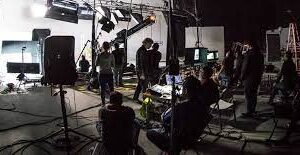 Best Film Making Studios Near Me